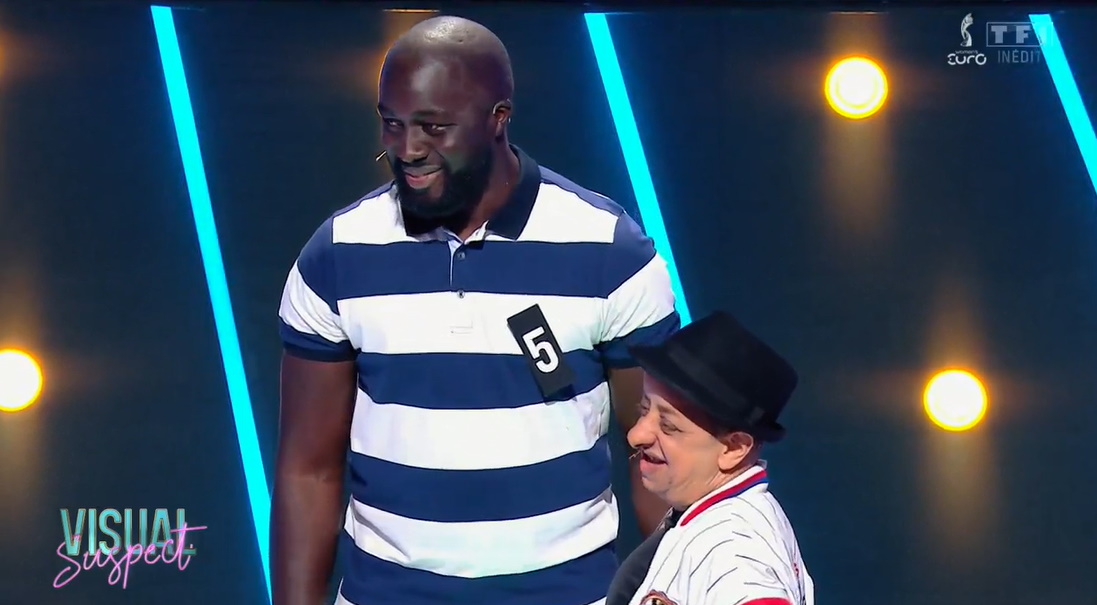 Unexpected reunions. This Friday July 29, 2022 in Visual Suspect on TF1, Arthur has a big surprise in store for Booder. The comedian was able to find a “young person” whom he took care of twenty years ago, and whom he considered his “son”. A sincere sequence, which has greatly affected the twittos.

The second episode of Visual Suspect aired this Friday July 29, 2022 on TF1. In this game hosted by Arthur, two duos of investigators have the mission of discovering the job, the passion, the talent or the particularity of 80 French people who present themselves in turn on the set. After a first round in June where Shy’m and Booder faced Camille Lou and Ahmed Sylla, the teams were reformed for this second issue, with the girls on one side and the boys on the other.

To carry out their investigations, no clues or questions and answers. Profilers should rely solely on the physique of the participants, while being careful of false evidence. “Don’t forget, beware of prejudices and the crime of facies, you will have to be wary of appearances!”, Arthur also warned them. During the first rounds, the teams had to answer a simple question about six anonymous people: “Who is a singer or a pan?”, “Wig or no wig?”, “Who is a terror or a dancer?”.

For this last question, Ahmed Sylla and Booder had to determine whether they were facing a combat sports specialist or a dancer. Once this element was determined, the duo had to find which of the six was the child of a famous sportsman. The opportunity for them, as well as for viewers, to meet Maya, daughter of Philippe Candeloro, who is a professional classical dancer.

As the show progressed, the investigations became more personal. And it was Booder who was first called upon: after questioning him about his past as a sports educator in the Paris region, Arthur posted a photo of him with the teenagers he was caring for. A nice surprise for the comedian who explained with emotion that these young people had been “his children” and that he had loved this time. “I like doing cinema, shows, shows that I love, etc., but my best years were with them really”, he then confided. And this even if he recognizes with humor that his mission has somewhat failed: “Of the 43 children I had, none became a professional footballer!”.

Among his little proteges was a certain Saïdou. And it was him that Booder had, on the occasion of a new round, the mission to recognize… 20 years later! The comedian only took a few seconds to designate one of the six big guys on the set. And he was well inspired since it was indeed Saïdou. Immediately, the emotion was palpable between the two men. Although words failed them, they hugged each other and their wet eyes spoke for them. “It’s my son !” Booder then notably commented with modesty.

On the set, this sequence melted Shy’m and Camille Lou. Ditto on twitter where many users have found the humorist particularly touching. Some even thanked Arthur for orchestrating such a beautiful television moment.

Video. Discover the portrait of Arthur