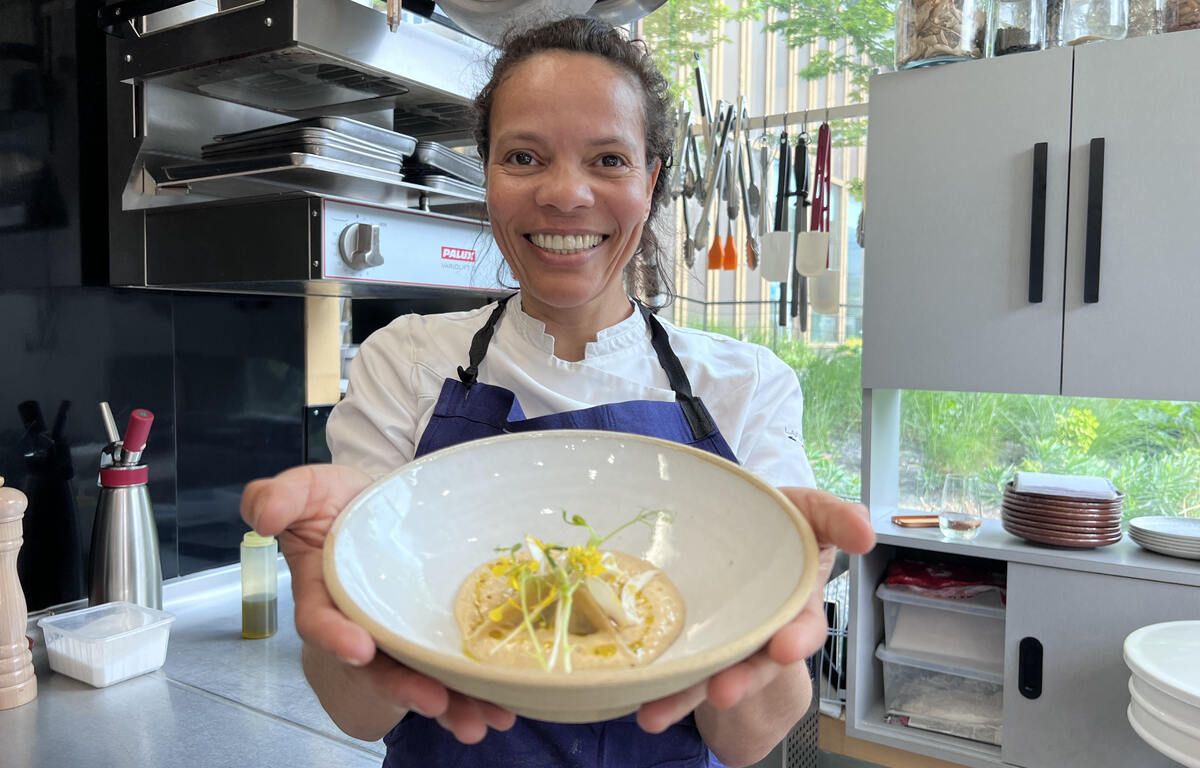 This Friday is ravioli. Or rather our “Pasta così” series dedicated to mushroom ravioli on a cream of stale bread by Alessandra Montaigne. The chef of the restaurant Nosso (Paris 13th) created it last year for Taste of Paris. And the success was such that it offers it again this year, on the single day of Friday, May 13.

“Taste of Paris is crazy, remembers Alessandra Montagne. You come out with the impression that a TGV is rolling over you, but you are happy to have been able to serve my ravioli to so many people… I had smiled so much during these 12 hours that the next day I had aches here and there at the level of the jaws…”

Ravioli, we know well those of Royans, in the Dauphiné, or Italian ravioli. Nothing to do with hers, which look more like big three-cornered Japanese gyozas… “Ah, I love gyozas, when you fold the edge, it’s like a little pleated dress, it’s very delicate, it’s very pretty. »

Alessandra Montagne only discovered ravioli when she arrived in France. “I was raised in Brazil on a farm with her grandparents,” she says. And I immediately loved the concept. The fact of “not wasting” because you can put a lot of things like the small pieces that remain on the carcass of a chicken, the green of the leek leaves, the carrot if it is a little ugly or a little faded. » The green of the leek, the slightly ugly carrot… that’s what we see her add in the video tutorial. “Did you see what I put in there?” “, she underlines. Butter, bread, thyme, garlic and milk for the cream. Oil, mushrooms, a few vegetables, coriander, mirin and soy sauce for the stuffing… And even the dough, which you can buy in grocery stores, or make at home “with 100g of flour for an egg, water, a tablespoon of olive oil and a pinch of salt…” His ravioli is inexpensive, quick to make and delicious.

We obviously find it on the menu of his restaurant Nosso, in Paris in the 13th arrondissement. “Not all the time, but often, because customers love it. At the moment, I offer it with a mushroom soup instead of stale bread cream. And it’s also very, very good. »